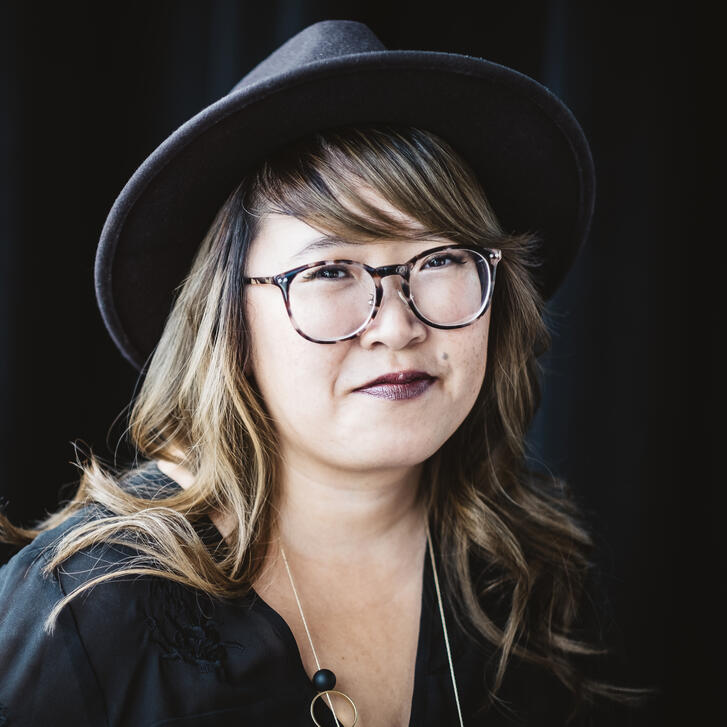 VICKI VAN CHAU is a filmmaker and artist based in Calgary, Alberta, Canada. After 12 years of working as an arts administrator and programmer at EMMEDIA Gallery & Production Society, she left in 2020 to focus on her own film practice. During her time there, she was accepted into the Herland Video Production & Mentorship Program in 2016 and has since produced and directed several short films that have screened across Canada and internationally.

As a Chinese-Vietnamese Canadian, she has been guided by the teachings and traditions that have been passed down through her family, which has been the foundation of her identity and work. Her family and cultural identity has been a core inspiration in her artistic practice and helps her to promote the appreciation of both Chinese and Vietnamese culture through a uniquely Canadian perspective, focussing on the intricate visuals and sounds of each aspect she explores.

OFF TO THE RACES

Part music video and part documentary, Off to the Races is a new arrangement of the classic Erhu song, Horse Race. The film is a collaboration between the Calgary Chinese Orchestra, filmmaker Vicki Van Chau, and music producer Warren Tse. Through an open call process, the film features 72 participants from the global music community playing with the members of the Calgary Chinese Orchestra, in celebration of the Lunar New Year.

Produced by the Calgary Chinese Orchestra

A portrait of a Vietnamese-Canadian family opening up a restaurant and cocktail bar in Calgary's Chinatown, amid the COVID-19 pandemic.

Funded by the CBC/Radio-Canada and the Canada Council for the Arts Digital Originals Program, Calgary Arts Development and Rosza Foundation

HEARTH OF THE LION

Fighting Against Typhoon (戰颱風) shows the power and beauty of the song and Guzheng instrument which is representative of the Chinese women of today. They fight the forces of society for political, economical, social and personal equality, while also protecting their family along the way. I used the typhoon as a metaphor for this story, capturing an internal struggle that happens everyday for women of colour.

Utilizing news coverage of typhoon disasters in Asia, along with aerial images of typhoons from space, I projected the beautiful, yet ominous white swirls, onto the faces of the female members of my family and then shot on Super8 celluloid film and painted over with colour ink washes.

It was screened at the 2019 Artifact Small Format Film Festival with live music accompaniment by the Harmony Guzheng Ensemble playing 戰颱風 (Fighting Against Typhoon) by 王昌元 (Wang Changyuan).

Produced with support from the Calgary Society of Independent Filmmakers Film/Music Explosion! Program

A father teaches his daughter the ancient art of hand pulled noodles.

Pulled Strings is a short film that blends together traditional Chinese food and music, demonstrating the passing down of culture and traditions between generations. Exploring the intricate connection between the strands of the noodles with the strings of the instruments, it creates a poetic montage that emphasizes the beauty of Chinese craft and culture, and the unspoken relationship between a father and his daughter.

Funded by the Alberta Foundation for the Arts

In the spur of the moment, a young woman has to figure out what to say, when she has a serendipitous encounter with a stranger she believes is the perfect man for her.

Inspired by the short story On Seeing The 100% Perfect Girl One Beautiful April Morning by Haruki Murakami.

THANK YOU FOR YOUR MESSAGE

I will get back to you as soon as possible! :)